I am sitting outside the Metro Toronto Convention Centre, having a quick Polish Sausage for lunch in a nice treed Park area. In front of me, walking around observing me in one lone scruffy pigeon. He’s not a pretty one at all, multi coloured in no set pattern, and with feathers ruffled like he’s just list a fight.

He is a scout. He knows I am eating, and he’s here to get the first drop and alert his team, sitting nearby in the shade.

I toss a bun scrap, and before I can say rumpkestilskin, 21 other pigeons have decended. They know, nobody throws one bun scrap. Feeding pigeons is too much fun to do just once.

I notice none of them are very pretty, unlike some if the ones I feed more up town, which makes me chuckle a bit. Downtown is lower class for bird and man alike.

Each one grabs a piece of bun, and flings it wildly to rip his bit off, throwing the remaining bun 4 feet one direction or another, and then another repeats the process. Pigeons without food try desperately to guess where the next piece will be flying, but with little success. It’s a luck game, and some are faster than others.

When the last of the bun is thrown, I clap my hands and say; “all done”, which is a phrase I trained my dog to understand. They seemed content too, and surprising quickly all retreated to their shade resting places.

I am tempted to see if they return if I merely gestures a fake food throw, but I decide not to be mean. 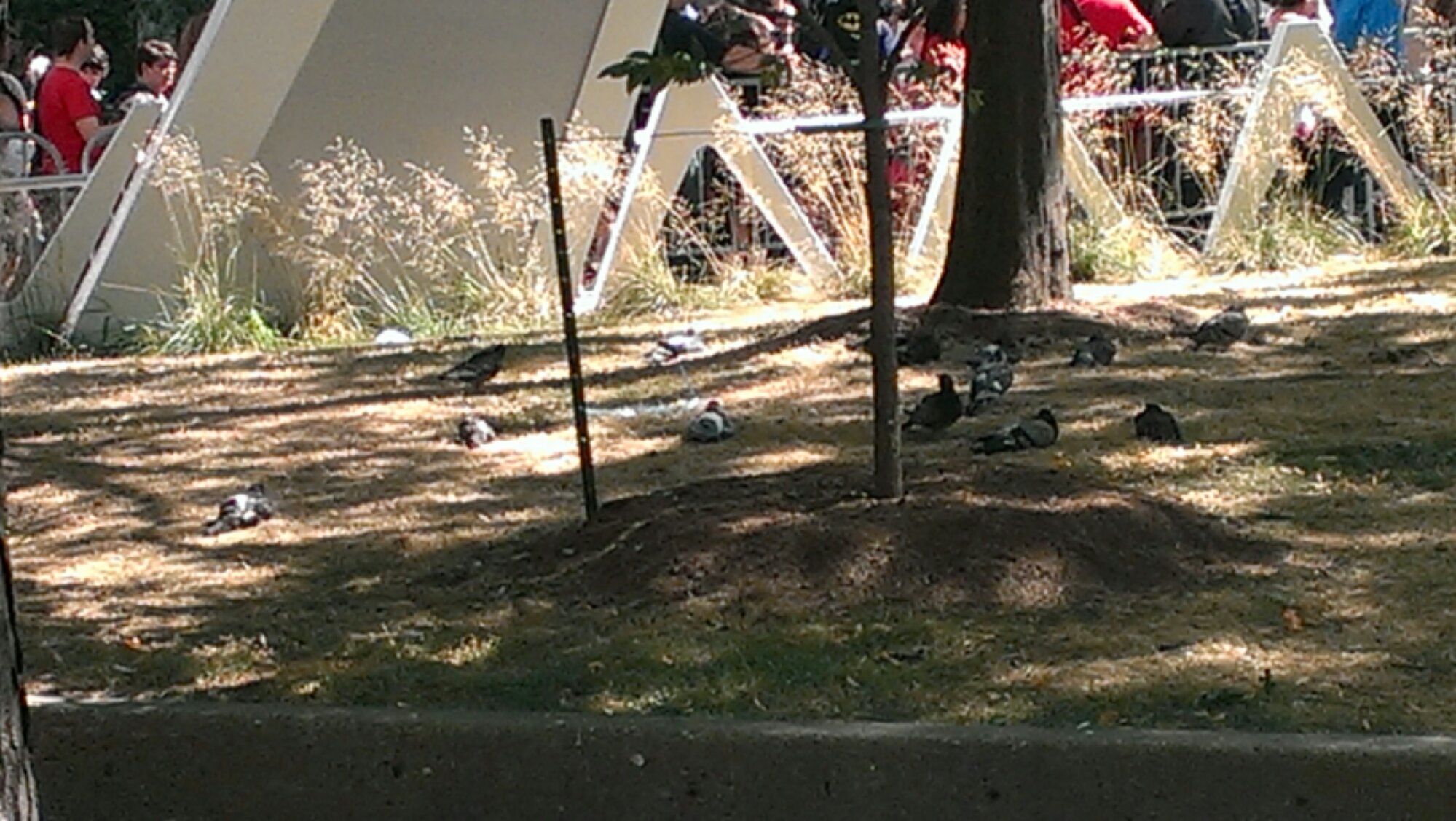