A funny thing happened to me recently when I was involved in a text conversation with a friend of mine. I was laying in bed, chatting with a friend using Google Hangouts on my cell phone. At some point it occurred to me the typing on the cell phone was a little tedious, but I didn’t have a full keyboard or computer near the bed at that moment, so instead I press the microphone button on the keyboard and activated the Google Voice keyboard. From that point on I used my voice to dictate the messages that I was sending into text.

Google Voice keyboard has a very accurate translation system and makes very few mistakes. In fact, I have to do far less corrections than when I am typing, especially on my small phone keyboard.  Google Voice keyboard knows how to spell better than I do. It isn’t always familiar with obscure words, but it actually does an amazing job guessing what I mean from the context of the sentence, and is quite aware of many technology and pop culture words. It even knows to capitalize show titles or movie names most of the time.

Talking to a voice translator is a little different than talking to a human, and you get used to the style fairly quickly. I find I talk slower than I do in person, because I am actually composing and thinking in text sentences rather than  just words I speak. It’s strange at first.

Next, I turn on another APP on my phone, that works in the opposite fashion, and it translates my friends text replies into a voice.  So now I am actually talking and listening to my friend, but still using text messages. It occurs to me how absurd this is. In any previous time, we’d simply be on the phone actually talking. In fact, even Google Hangouts has a pretty good quality voice system that would allow me to call him and talk… or even face to face video chat.  There is also Skype, or Facebook messenger or Apple FaceTime… and yet, we continue using this multiple step translation system to talk for another 20 minutes.

We’ve changed society. People prefer texts to actually conversation.  Well, to be fair… some people, not all.  Certainly phone and voice communication is still popular, but a lot of new generation people are  using text as their main communication between friends and even business associates.

It’s faster. It’s less intrusive. I can send a 140 character or less text to somebody and they can read it without actually having to interrupt their day and talk. They can read it in any mood they’re in and react in any manor they chose, and I’m not witness to that. I’ve just sent a statement and I’m done.  They can reply now, or later or never. We can text back and forth while they watch TV or reading a book. We can even have 3 or 4 of 15 conversations open at once.  We’re learning, through emoticons and emoji how to convey sarcasm or shock or happiness in text. We can convey a smile or a laugh to reward someone for humour.

I’ve also learned the etiquette that, at least between my friends, it’s not rude to just stop replies suddenly. I can be distracted or needed elsewhere.  A text conversation can take hours or days to continue.  It can pick up where you left off, because the words remain on the screen. I love this about texts. I can say HEY to a friend, and not get a reply for 20 minutes or more, and we can continue on for a few minutes, or continue the conversation later.

Texting really is a great replacement for some phone calls. In fact, many people get angry at phone calls. I can text somebody a few times a day with comments, or sweet sentiment or a great deal I just saw at the mall, and even if they’re not answering it right away, they’ll see it.  If I call them, I may have to leave a voicemail, and they probably won’t listen to ot anyway.

I don’t want to talk right now. Text me.

It’s not as much emotional effort. I don’t have to turn on a happy face or a good mood to reply.

It’s just the darn typing that gets in the way.  When I converse with a friend socially, rather than just for utility, I use full words and sentences. I don’t abbreviate things like: R U Happy? I converse in text using the same mental voice I use in words, so that means my replies are often greater than 140 characters. Phones today – or Google Hangouts handle this fine, but it also means replies are delayed a bit. The voice conversion option may seem silly at first, but it keeps everyone happy.  We’re still using the rules of texting, which means the interruptions are on my terms. No doubt my friend was with his wife at the time, and a phone call would be unwelcome, but a text every few minutes seems a lesser evil.  Your partner can still get angry at you texting in certain situations, but that’s the beauty. Just stop. Conversation end.  Pick up later, when she falls asleep.

Note: This entire blog post was written using Google Voice. I edited later, but most of this text was spoken. 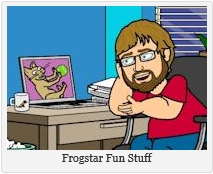 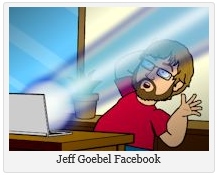 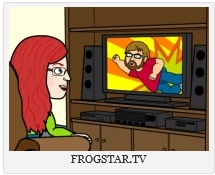 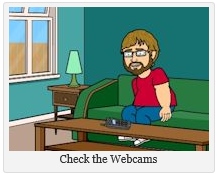