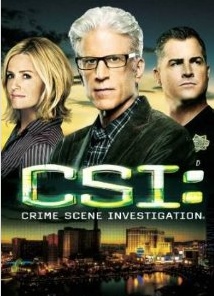 One of the things I noticed about the CSI series of TV shows, was how they like to use situations from the news, and mix their murder mysteries into new and creative stories. Quite frequently, I find myself wondering how this effects the real crime world. They’ve touched on a few stories I’m sure some people would be much happier if they had not. Revealing secrets better kept secret of the crimes, the criminals, and the way the world works.

A past story once discussed a reasonably secret and evil drug (scopolamine) from South America that really should stay a secret. I was sad when I saw it used as a plot for an episode. A very evil drug that can be dosed to a stranger that removes their free will and turns them into an emotionless zombie slave, easily convinced to do just about anything with no resistance, and then have no memory of it the next day. It seems to good to be true for criminals. I was shocked that CSI decided it needed publicity. It introduced the idea to many people that would otherwise not know about it.

In this week’s episode, the mystery killing happened inside a legal medical marijuana dispensary. From the script writers point of view, this is a topical news item that almost begs to be used for a murder scene. It’s an underworld setting that few know about from first hand experience, but many are curious about. Pandering to a wide market of the weed smoking demographic, advertisers probably enjoyed a bump in viewership.

I decided to pauseandblog when the script educated me that such a dispensary is a prime target for a robbery. They explained to us that banks have a fear of the government seizing funds, so places like this are forced to deal in cash, just like regular drug dealers – except they have a building base we all know where they are, and the hours they keep. In this episode, the dispensary had over $300,000 cash on hand, and we are lead to believe this is common.  They even made the reference that anybody who knew how much money was involved, might be suspects. They’re almost saying; “We don’t know why we don’t get robed every day.”

In my head, I instantly thought about the poor dispensary owners and employees in the real world, working a typical night shift in their stores. Network prime time TV just told the world these places have huge quantities of cash on hand. In this episode, the place had a stereotypically fat and slow security guard who almost didn’t notice the crime taking place.

Weed smokers get high, maybe even while watching this show. Some may play out their fantasies of a quick path to riches and actually try something like this. Robbing a store seems safer that ripping off a drug dealer, doesn’t it?

Shows like this often feed the criminals information they probably shouldn’t. Although much of this style of TV isn’t based in reality, they still explain a lot of things that are real. They may always show the criminals getting caught each week, and try their best to imply this is the norm, but real criminals know a lot of theft and killing happens without getting caught, and shows like this are helping to educate the bad guys and make them smarter criminals.

I’ve heard CSI often describe the crimes they’re having trouble solving as “almost perfect crimes”. In order to make the shows interesting, the plots are incredibly creative.  Many of their stories show pretty great ideas that could be tweaked and used in the real world. I wonder how often we see crimes that mimic TV shows.

Tonight’s episode showed me a few tips for my criminal mastermind ideas.  First, find a stranger with cancer that uses a special drug that causes them to lose their fingerprints. I checked Google. It’s real.

Next, kidnap her kids are force her to do my crimes. Always use the victims phones. All good tips.

I am a nice guy. I don’t do crimes beyond speeding on the highway, but I do like to daydream.